This wine may be characterised by its impressive fullness. Its power, sometimes a bit austere and monolithic, is tempered by ripe tannins.

Its weight moves across the tongue with lots of harmony and fullness, even a certain elegance underneath its romanesque character.

A candied element develops as it ages, in addition to complex secondary aromas associated with meaty nuances.

Possibilities for food pairing tend to lean toward richer dishes: roasted red meat with berries or fruit, red meat in sauce, game with sorrel…red currant jam, mild cheeses or nothing at all.

This wine has excellent ageing potential. Nevertheless, according to our believes about great wines, it is often possible to drink the wine while still young when the tannin and structure are at the forefront, essential qualities for balancing a great wine. 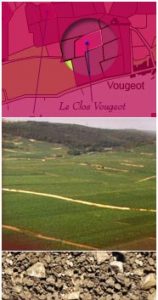 This 0.93 ha single block parcel was bequeathed by Louis Gros to his son François. It was planted in 1905.

In reality, the regularity of replanting makes the average age of the parcel 70 years old.

It is situated just underneath Grands Echezeaux in the locality of “le Grand Maupertui”.

We have revived the name of the locality given by the Citeaux monks and featured it on the label.

The etymology may come from “millepertuis”, a plant with yellow flowers used for its dermatology properties or, probably more likely, from “pertus”, which means “well” in Latin. Not that there was thought to be a well on this site, instead it refers to a gentle hollow in the landscape situated in the large breadth of the anticlinal valley of the Combe d’Orveau.

The latter hypothesis is more likely as there is another locality called “Petit Maupertui”. It is reinforced by a levy carried out in Clos Vougeot by the GEST (Organization of study and sustainment of terroirs). Here one observes the presence of deep clayey soil, with variable soil grain before reaching the larger rocks in comparison with other areas of the Clos.

The parcel slopes slightly offering excellent natural drainage and the surrounding wall of Clos Vougeot protects it from slow yet inevitable erosion. This gives us approximately 1,50 m at various levels between the road which joins Vosne with Château du Clos Vougeot. 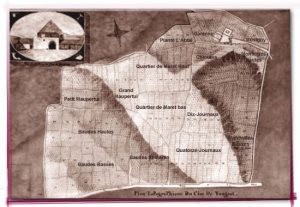 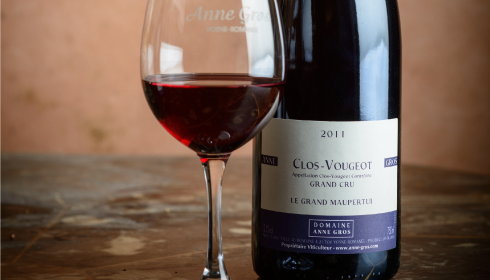