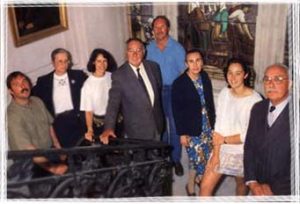 Alphonse Gros settled in Vosne-Romanée in 1830.

His son Louis-Gustave is one of the few Burgiundian producers to sell wines in bottle to private customers in the 1895’s.

His son Louis will continues the development of the initial estate until his death in 1951 and let 4 children who will be the start of the divisions by inheritance in 4 different estates. This 6th generation : Michel Gros, Anne-Françoise Gros-Parent, Bernard Gros (Gros Frère et Soeur) and Anne Gros are preparing the succesision of the 7th generation.

Anne takes over the estate of her father François in 1988 under the name « Anne et François Gros » then « Anne Gros » in 1995, and transmit the estate to her 3 children (Julie, Paul and Marine) in 2019. She continues her two elders’ training… 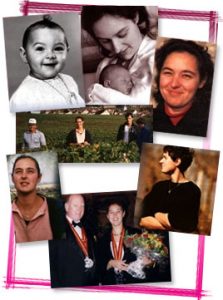 Anne Gros, the only daughter of François Gros, has established a solid character and reputation in the wine world after taking over her father’s domaine in 1988.

At 25 years old, Anne grew the family domaine from 3 to 6.5 ha. Recently, she invested in a new cellar. She is a winegrower suspicious of certitude and fastidious about maintaining her freedom.

As a woman winegrower, Anne knew how to prove herself and convince all who doubted of her ability to manage a domaine. She showed that she had not only the shoulders but the head to make her family heritage one of the greatest domaines of Burgundy.

In 1984 she had to stop studying Arts to study vines’culture and oenology in Beaune and Dijon. Now her passion for vine and wine as well as her talent, sensitivity and professionalism posit her as a winemaker amateurs can rely on.

Mother of three children, Anne spends all her time working at the Domaine and taking care of her family. 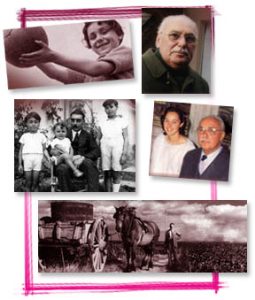 Born in 1931, third son of Louis and Marie-Louise Gros, François was the student of the family. After receiving a diploma from the Dijon school of commerce, he worked in the family business along side his brothers and sister taking care of the accounting.

Then Domaine Gros was divided. In 1963, he married Danielle Knecht. He still worked with his brother Jean Gros until 1970. Then he decided to look after his own vines which consisted of 3 ha.

He started from scratch by building his own winery in 1971 and at the same time created a small negociant business. In particular, the wines were sold to clients passing through the region thanks to a tasting cellar located on the RN74.

The wines were sold under the label François Gros as well as Gros père et fils. Then, in 1978, health problems required him to cut back on his activities. The domaine had to sell practically its entire production in barrels to a burgundian negociant. François’ own negociant business ceased to exist and for 10 years, the activities of the domaine diminished.

In 1988, Anne started over, creating Domaine Anne and François Gros (François cared for the various vineyard parcels while Anne managed and worked at the domaine).

In 1995, the domaine restructured taking the name domaine Anne Gros.