This vineyard joins us in 2007 and it is 0 Ha 76 placed in the lieu dit les Loachausses.

It is coming by inheritance from my father François and was rented to the Domaine Gros Frère et Soeur for 25 years.

The age is 29 years old. It was pruned in Royat style until 2010 when I decided to follow his evolution with Guyot style, better adapted to the situation.

I began to row and eliminate weed killers. A true happiness to work the land still alive with a beautiful brown soil with little rocks and even some small fossils !!!

The vineyard reacted very soon with an extremely early maturation. Perhaps the more in advance terroir of the Domaine…

The first vinification showed a delicate structure with marvellous silky tannins, velvet fruit with a touch of spices, that was confirmed with the next vintages. 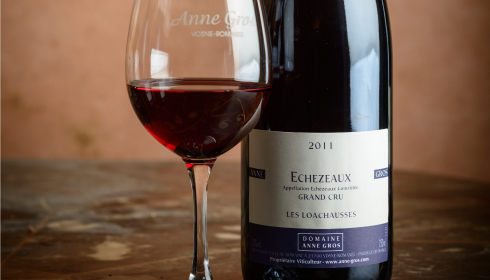